The Mission of the National League of American Pen Women is to encourage, recognize and to promote the production of professional standards in Art, Letters, Music and in the Allied Professions.

The National League of American Pen Women is the oldest National Organization for women in the Arts, since 1897.  There are Branches across the United States and in the State of Hawaii. In areas where there are no Branches located, a prospective member may join as a Member At Large.  The Diamond State Branch was chartered in 1950 by Marguerite du Pont Boden, a member of the Chevy Chase Branch.

Regular meetings commenced in 1951 with the 10 charter members. Ms. Boden was elected as the State president and Jeannette Slocomb Edwards as Diamond State Branch president.

The Branch holds monthly meetings from September thru May. Meetings are held in the Wilmington, Delaware area at DuPont Country Club, the Village of Brandywine Club House, or at a Branch member’s home. Because of COVID-19 gathering restrictions in 2020, the Branch has also been meeting via Zoom©. Our meetings provide an opportunity to enjoy fellowship with other writers, musicians, and artists. Meetings may include luncheons with guest speakers, dance and musical performances, a demonstration, a workshop, or sharing of recent painting or writing projects.

During the summer months, the Branch may hold occasional plein air painting and writing sessions on the Brandywine River.  At the end of September for the past 8 years, the Diamond State Branch spends a Creative Week in Rehoboth Beach, Delaware in a large rental house close to the beach. Members spend the week writing or painting, taking walks, visiting the Rehoboth art galleries, cooking, and enjoying meals together. Beach week has become a tradition for these members. 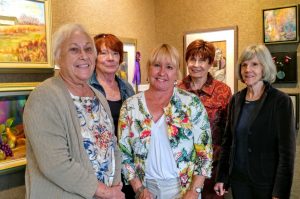 The Diamond State Branch holds a Branch Biennial Art Show every two years at a local gallery. It is a judged competition with awards. The Letters and Music members have their recent publications in the Gallery and members are invited to do readings or perform at the Opening Reception. 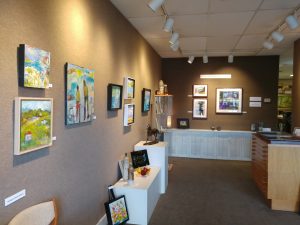 Wilmington, DE — [for release after 17 March 2021] — The Diamond State Branch of the National League of American Pen Women, Inc. has announced the national medalists of the 2021 Scholastic Art & Writing Awards.  Presented annually by the non-profit organization, The Alliance for Young Artists, the 98th Scholastic Art & Writing Awards are the country’s longest running and most prestigious scholarship and recognition program for creative students in grades 7 – 12.  The program year, more than 100,00 teens submitted their best are and writing to more than 100 affiliate partners across the U.S. Twenty six regional Gold Key works were adjudicated on a national level by a panel of leading creative processionals.  Five creative teens from Delaware received nation honors, including Gold, Silver and American Voices medals.

Since the program’s founding in 1923, the Awards have fostered the creativity and talent of millions of students and include a distinguished list of alumni including Andy Warhol, Truman Capote, Richard Avedon, Philip Pearlstein, Sylvia Plath, Stephen King, Kay WalkingStick, Richard Linklater, Zac Posen, Lena Dunham, and Tschabalala Self, all of whom received recognition in the Awards when they were teens.

National Gold Medalists will be honored during a special virtual awards ceremony in June 2021.  All National Medalists are eligible for a wealth of additional opportunities such as inclusion in the “Art.Write.Now.Tour” traveling exhibition and The Best Teen Writing anthology.   National Medalist poets are considered for the National Student Poets Program, the nation’s highest honor for young poets presenting original work.

Through the Boden Founders Fund, each year the Diamond State Branch sponsors and supports The Creative Writers Conference in Lewes, Delaware The Conference was founded by Letters Member, Billie Travelini. This year, 2021 will mark the 12th consecutive year of this event which is held in June. The Branch also sponsors mentoring sessions for student writers wanting to improve their writing skills in preparation for the Scholastic Student Writing Competition.

The Diamond State Branch awards a Boden Scholarship each year to a deserving Delaware student for excellence in writing. The award is given to a Gold Key winner in the Scholastic Regional Writing Competition.  The Diamond State Branch also awards scholarships through the Delaware Division of the Arts to 5 Delaware students who are recognized at the National level as Scholastic American Voice Nominees.

Watch Video: Benefits of Being a Pen Woman

If you would like more information about joining our branch, please click/tap here.

If you would like to learn more about the National League of American Pen Women, Please click or tap here.